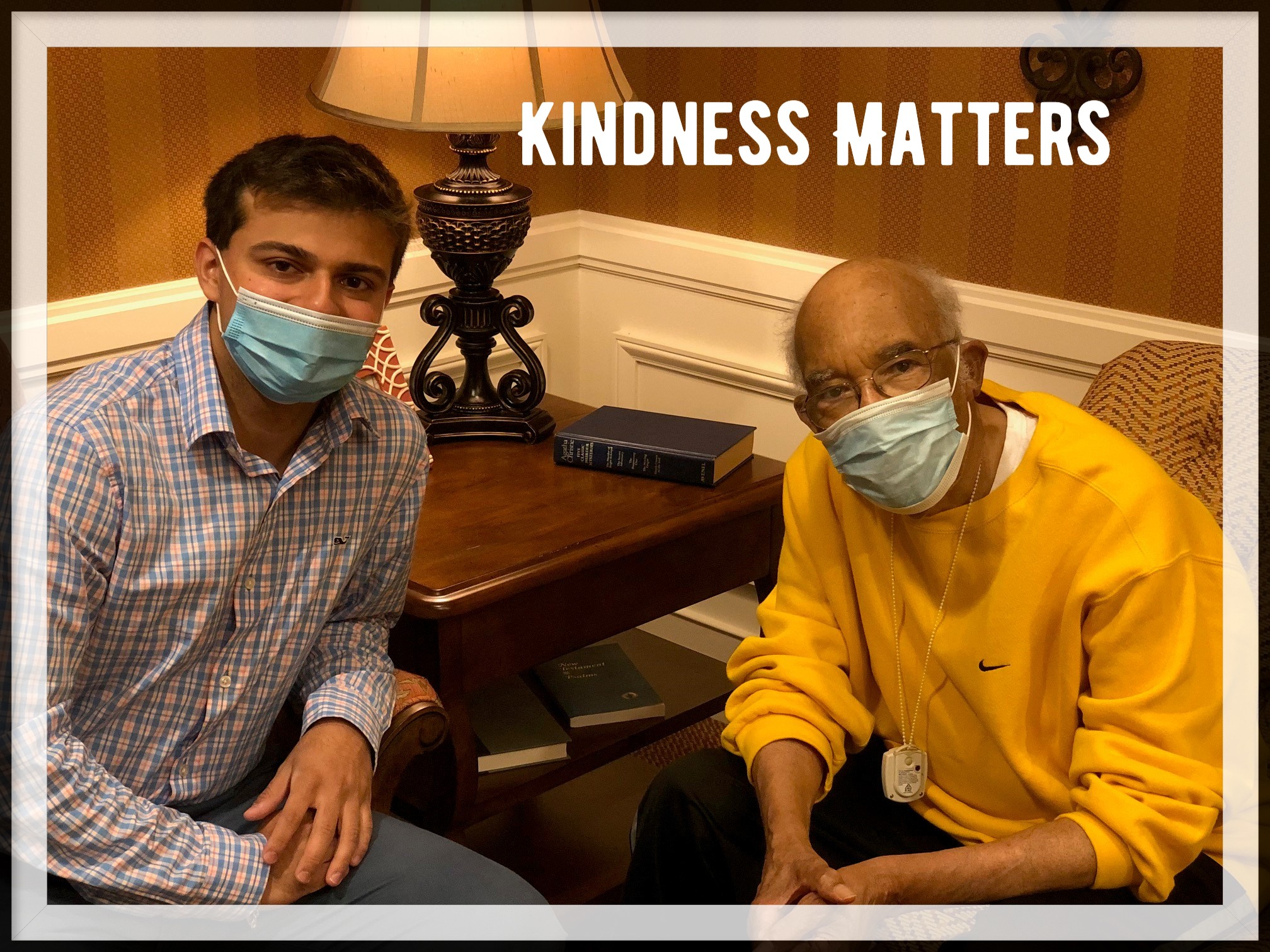 Let me introduce you to Floyd Eaves. Floyd is a man who has gone through many tough roads in his lifetime, yet God has continued to bless him and his family. Floyd was born in small-town Hopkinsville, Kentucky, in 1929. At the age of 5, his father passed away. His strong mother continued to raise him by herself until she got remarried when he was 8. When he graduated high school, it was a small class of only seven people. Around 1947, he was accepted into Morehouse College, an all-African-American men’s college located in Atlanta, Georgia. While attending Morehouse, he attended a local Baptist church where he truly got close to God. At that school, he was involved in many clubs, including a fraternity that he is still in touch with to this day. After graduating with a bachelor’s degree in mathematics from Morehouse College, he decided to go even further and get his master’s degree at the Atlanta University Center. While doing this, he taught at a local high school in Carrolton, Georgia. It was there in Carrolton that he met his wife, Burlyma.

One obstacle that Floyd has had to overcome is racism. Thankfully, there were not many times in Floyd’s life where race affected him. However, there was one point where Floyd discovered he was being paid less than white people when they had the same job as him. Thankfully, after complaining about this injustice, it was corrected. Floyd and Burlyma married and had a daughter named Nell. As time passed, they moved out of Carrolton and to Nashville, where he worked at Fisk University. Then as time went on, they moved to Chattanooga, Tennessee. While his daughter attended Notre Dame High School, he got a teaching job at Howard High School, where he taught for six years. After graduating high school from Notre Dame, their daughter went on to Hampton University in Hampton, Virginia. After teaching at Howard, Floyd later accepted a job at Chattanooga State Community College, where he became head of the computer science department. He taught there for 30 years and retired in 1996.

Floyd doubts racism will ever completely cease to be a factor in society; however, he does think people in today’s society overall stand strong against racial injustices. Today, with widespread social media and the ability to share information instantaneously, people seem more aware of social injustices than ever before. Furthermore, the younger generation today seems more willing to make its voice heard regarding social issues, even during a pandemic like we are now experiencing. God has given Floyd the blessing to live 90 years thus far. This means that he has seen so much in his life, including all of the racism through the years.

On Father’s Day, the Omega Psi Phi fraternity coordinated with Jill Day, executive director at The Bridge at Ooltewah, Tennessee, for a personalized drive-through parade just for Floyd. This made his day, along with so many associates at The Bridge.

Kindness goes a long way and acts like these should not go unnoticed.