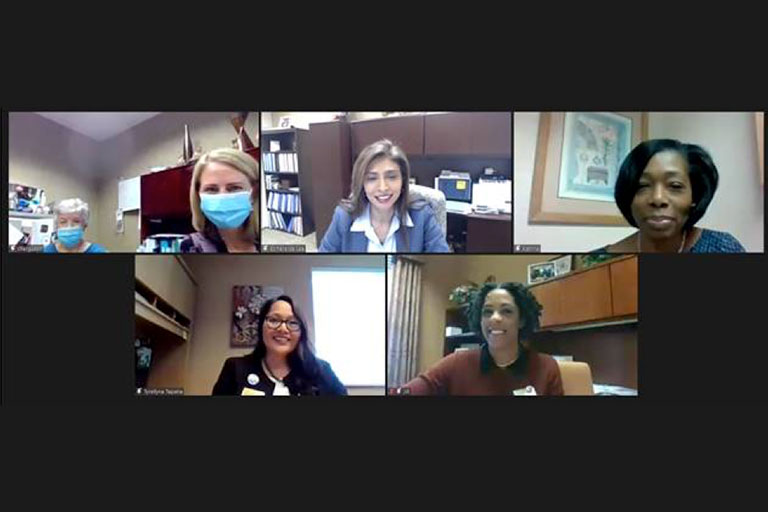 Katrina opened the discussion by stating that "everything we do is about the residents and for them." She emphasized that as female leaders we must "lead with excellence". When asked how her work as a leader impacts the women in her community, Christine stated that it is important to see women succeeding in the workplace. She observed that most other Executive Directors in the senior living industry are males, making her role as a female leader even more crucial. She believes that in order to uplift other women in the workforce, you must provide an equal opportunity environment and to invest in women, remembering to be vulnerable with them and to lead by example. Speaking of inspirations, Ty said she was inspired by her grandmother for how much she overcame, emphasizing her kindness, resilience, and gracefulness. She said her grandmother would often tell her "you are important" and "believe in yourself."

On being a woman in business, Esmerelda believes it is important to balance the responsibilities of being a wife and mother. Admitting that she experiences the guilt of not being present, she referenced once crying while watching a ballet recital over facetime since she could not be there. These feelings made her more empathetic to the daily struggles of associates. Danielle Nelson said to cope with that you cannot put pressure on yourself to be 100% at both work and at home, that it is important to find the right balance. In order to do so, Esmerelda stated that it starts with self-care. She believes there is a change of leadership in the workforce as more women are stepping up to those roles; the system was designed with a patriarchal point of view. As women we cannot fear failure; we cannot stop trying. She encourages future female leaders to not have boundaries and to think differently, to challenge the status quo and be disruptive in a respectful way. She highlighted the importance of being a lifelong learner, remembering to have fun, and to embrace who God called you to be. 90-year-old resident June Hamm says her advice to her younger self would be to watch out for the time that is slipping away from you and to find your passion. She believes the three keys to being happy are to find something to do, something to love, and something to look forward to. She wishes she did not waste time on things that did not matter. 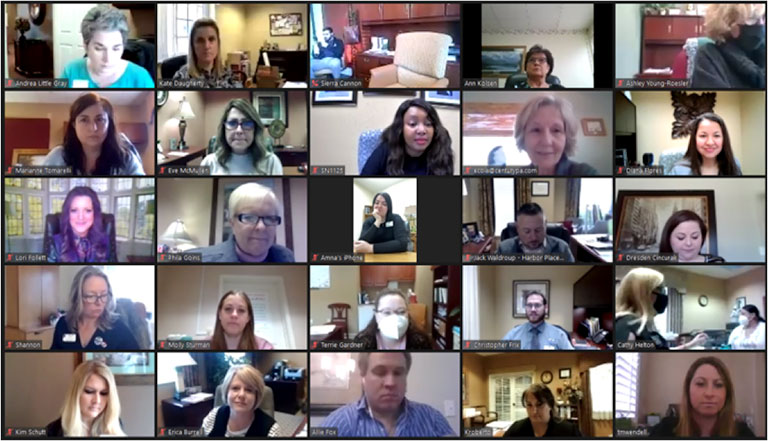 The question was asked, "As men, how can we be the best supporters of women in the workplace?" Our panelists and fellow associates on the call had answers such as, "listen without interrupting," "pick up tasks in the household," and Esmerelda stated, "As women, we do have emotion and passion, men should embrace those things."

Century Park Associates wants to continue this dialogue in order to have impactful change. The panel ended with the quote by Maya Angelou, "You may shoot me with your words, you may cut me with your eyes, you may kill me with your hatefulness, but still, like air, I’ll rise."