The Bridge at Orlando Honors a Pearl Harbor Survivor

The Bridge at Orlando 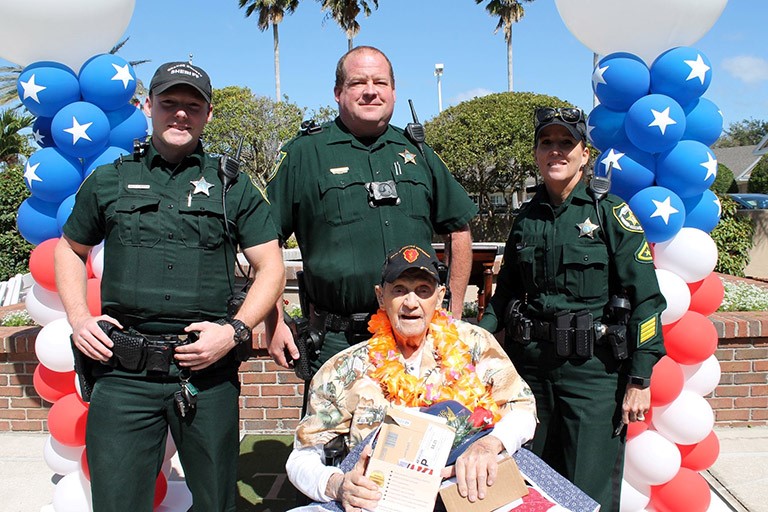 December 7, 1941. A date many of us recognize as the attack on Pearl Harbor, but few of us can say we were there to witness it. Jack Colby, a resident at the Bridge at Orlando, Florida, was there and still remembers what happened that fateful morning that would lead America to enter the second World War.

Jack, now 97, still tells stories of his time at Joint Base Pearl Harbor 80 years ago. He was just 17 years old and at the base for a few days when it was attacked. Jack was one of the lucky ones to make it out alive and be designated a Pearl Harbor survivor. When Carol Daniels, sales director at the Bridge at Orlando, found out that they had a Pearl Harbor survivor living in their community, she knew she needed to honor him.

On February 22, a special cornerstone salute was held to recognize Jack at the Bridge in partnership with Cornerstone Hospice and Palliative Care. A 30-piece band from the VFW Post 2093, a band Jack played in for many years, was a part of the special event. They even played the song, “Remember Pearl Harbor” with Jack singing the first verse. The local fire and sheriff’s departments also came out to salute the veteran; they were joined by veterans from the local Harley Davidson group. Several students from the ROTC at a local high school also made an appearance to show their support.

Jack was able to say a few words about his experience. He was then pinned and presented with a handmade quilt and an American flag that flew over the Tomb of the Unknown Soldier. The event was such a success, and the support from the community was incredible.

A luncheon was provided after the event for all the volunteers that helped make it so great. 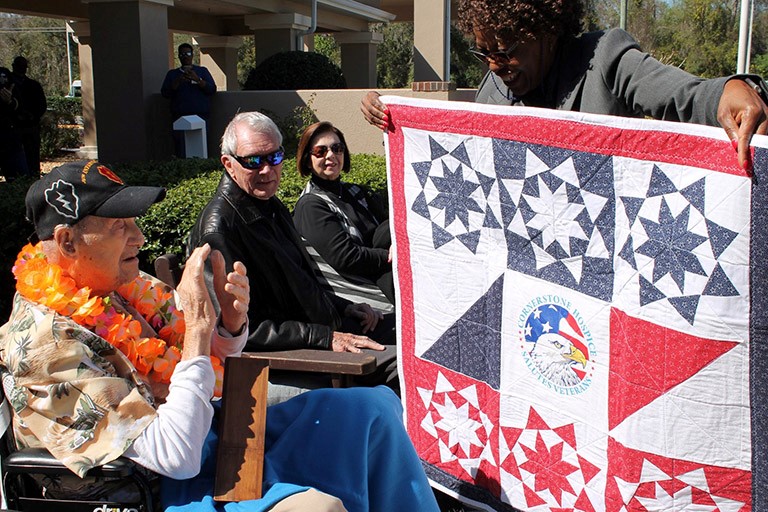 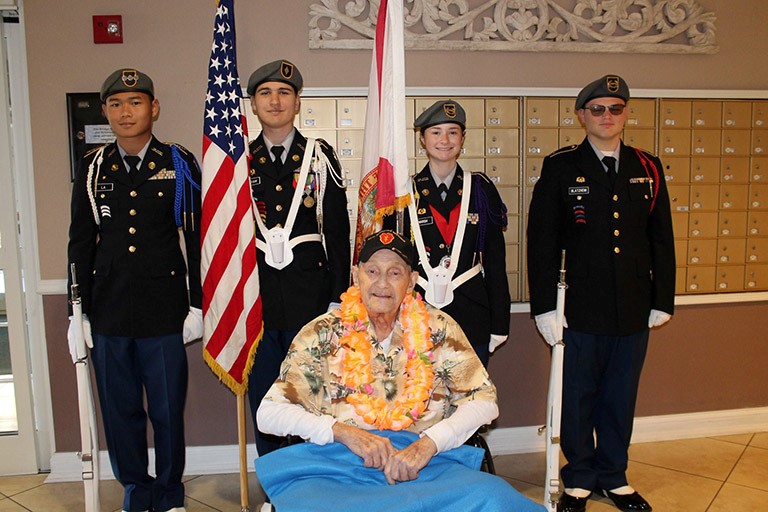 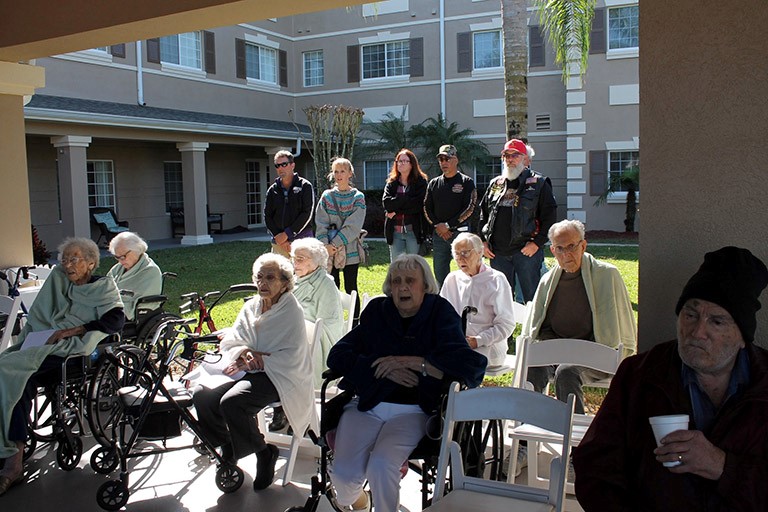 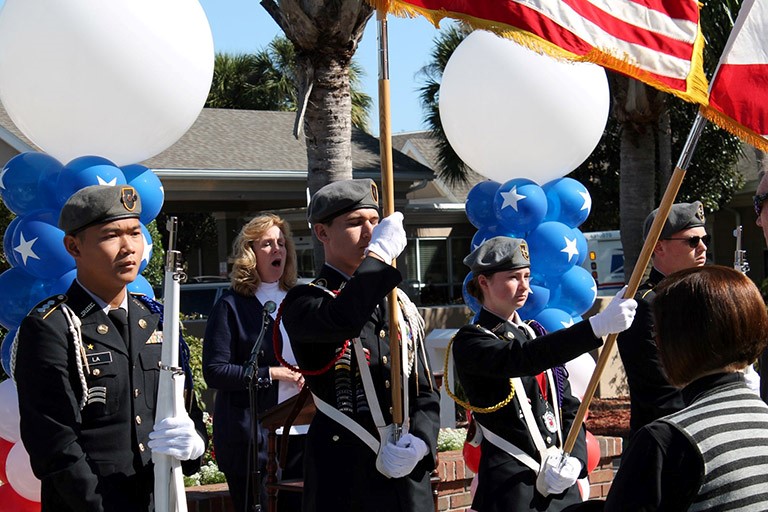 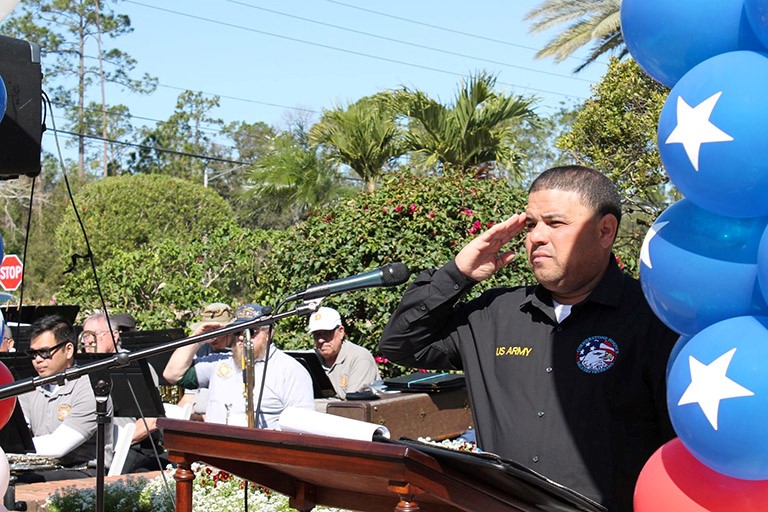 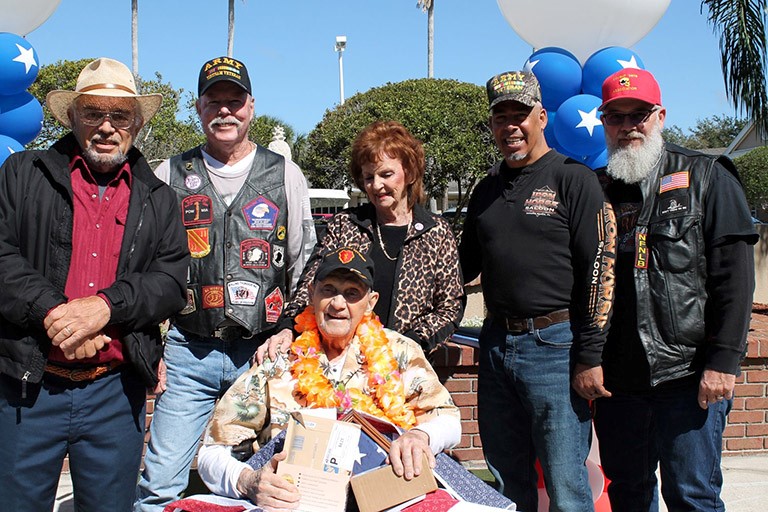 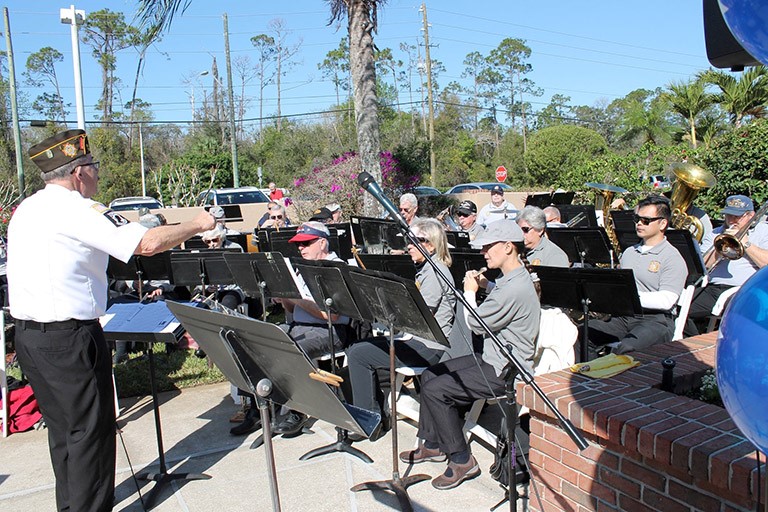 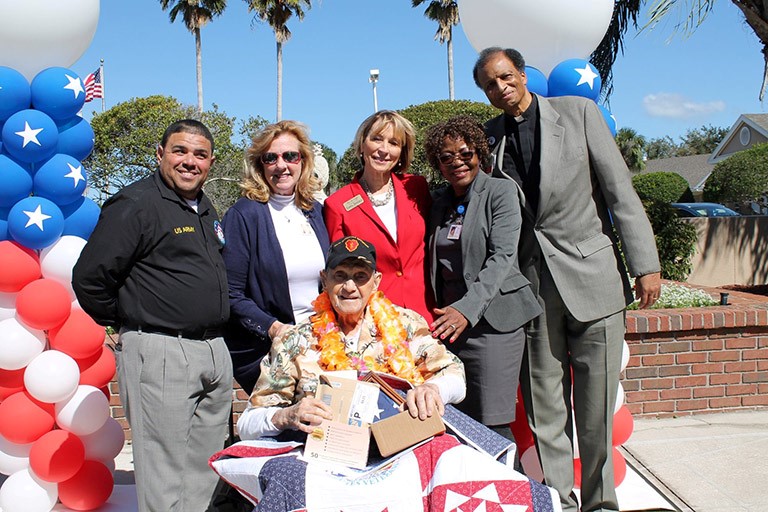