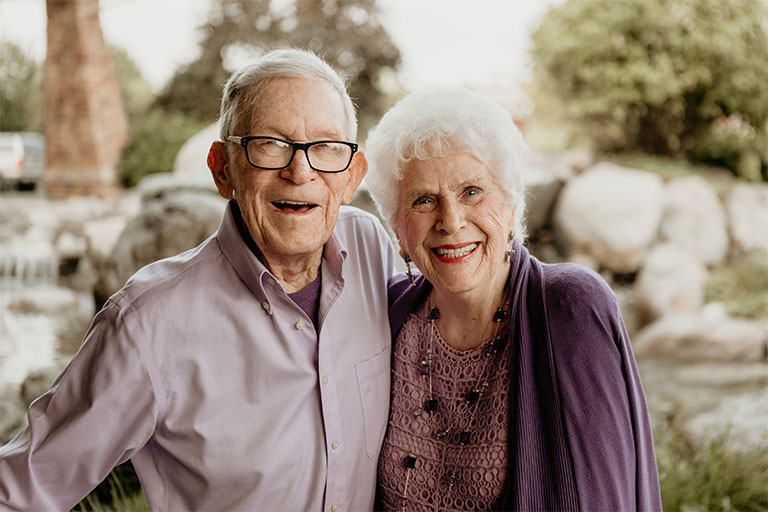 There are so many moments in 91 years.

For two married residents at The Bridge at Garden Plaza of Post Falls, Idaho, one moment in 1926 was just the start.

Bea Degnan was 1 year old, and Bud Degnan was 3. Their older sisters’ were friends, and when they met to play, Bud and Bea were with them. Bud decided to push Bea in her baby carriage.

“When I touched the handle of the carriage, I was hooked,” said Bud.

Although Bud’s family moved to another town, the two of them met again at a summer dance when Bud was 19 and Bea was 17.

“I knew he was the one for me at that first dance,” said Bea. “I just felt it. He was so nice and kind and gentle. I fell in love with him right then.”

“It was so easy to be with her,” said Bud. “Meeting her at that dance was like a dream come true.”

Bud joined the U.S. Army Air Force during World War II, serving stateside, and Bea followed him. The birth of their first son, Jackie, kept Bud from shipping out overseas as he had to rush home on an emergency leave to be with their baby.

After the war, Bud worked for an engineering company that built and installed machines for countries trying to industrialize. Bea raised their growing family, which included a daughter, Laura, and another son, Scott.

On Sept. 16, the Degnans will celebrate their 75th anniversary. They tell couples the key is never to go to bed angry but always make up before going to sleep.

At The Bridge, where Bud and Bea moved to be close to their daughter, the two are inseparable, attending activities, making friends and even coordinating outfits. At a recent movie theme night, they turned heads as George and Gracie Burns. Ninety-one years after their providential meeting, they are still capturing moments.