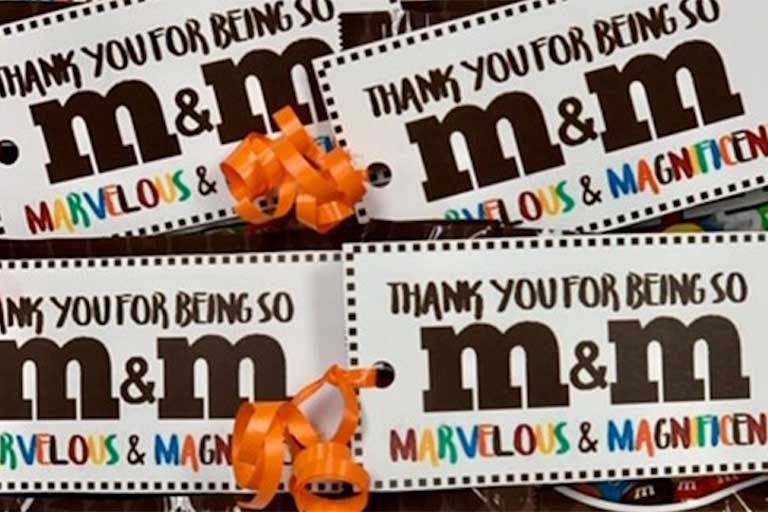 Today, you get to relive being a kid in the candy store! Yes, today we celebrate the sweet holiday of National Candy Day. Candies have a long history of attracting us with their bright colors and delicious flavors.

In the late 13th century, Middle English first began using the word candy, which was originally used for medication. Candy calmed the digestive system or cooled a sore throat. At that time, candy ingredients were spices and sugar, and it only appeared in the purses and dishes of the wealthy.

During the Industrial Revolution, candy made a drastic change. The availability of sugar greatly improved, and by the 1830s, markets opened. The candy business took off. In 1847, the invention of the candy press made it possible to produce candy in multiple shapes and sizes at one time.

The two best-selling candies in America are M&Ms and Reese’s Cups. Earlier this year, this sweet gift of chocolate was donated to our Century Park communities across the country. Mars, Inc., based in Cleveland, Tennessee, coordinated with Century Park to send M&M candy to associates at all its communities; that’s more than 3,000 associates!

Danielle Rhodes, director of talent development for Century Park, coordinated with the Cleveland-based Mars plant. Although she only asked for one case for each of the company’s more than 40 retirement, independent living and assisted living communities, Mars responded generously and provided two cases for every community and three cases for some of the larger campuses, a total of 108 cases.

The candy shipped out from Cleveland on April 9, and associates were happy to receive the morale (and sugar) boost as they served residents and worked to keep them healthy during the worldwide pandemic.

“As an industry, we are thankful for people across the country volunteering their time and creativity to support our associates and residents,” said Esmerelda Lee, chief operating officer for Century Park. “So many local companies and individuals have contributed to Century Park’s journey, from making masks to donating food and extra supplies. M&M Mars stepped up in a big way. They put smiles in the hearts of our teams working on the front lines.”