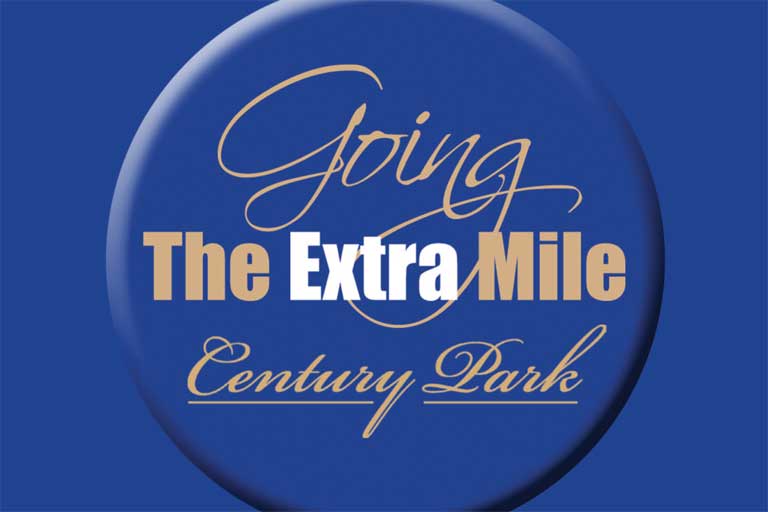 Century Park Associates’ Going the Extra Mile program honors associates who go beyond their job descriptions in caring for residents, their families and fellow associates. Here are three of our inspiring stories from our winners:

Lindsey Hughes, sales director at The Bridge at Ooltewah, Tennessee

Recently, Lindsey developed a special relationship with a resident and his family. The resident would constantly encourage associates and remind them to stay close to Jesus Christ. When the resident became sick, Lindsey ensured he had his Bible with him in the hospital, and when the resident passed away, she sent flowers and a personal note to his service.

Paula James, lifestyles director at The Bridge at Lawrenceville, Georgia

When a fellow associate became sick at work, Paula volunteered to take her home so she would not have to drive. Paula helped her up the stairs and waited with her until a relative arrived to take care of her. The associate said she considers Paula more than just a coworker – she sees Paula as a family member.

A resident called her oral surgeon multiple times after undergoing surgery, but she could not get the office to send her a bill. Marie volunteered to help the resident write a professional letter to send to her oral surgeon in order to request a bill. The resident was touched that Marie would take the time to help her with the letter.