Nachos for a Cause 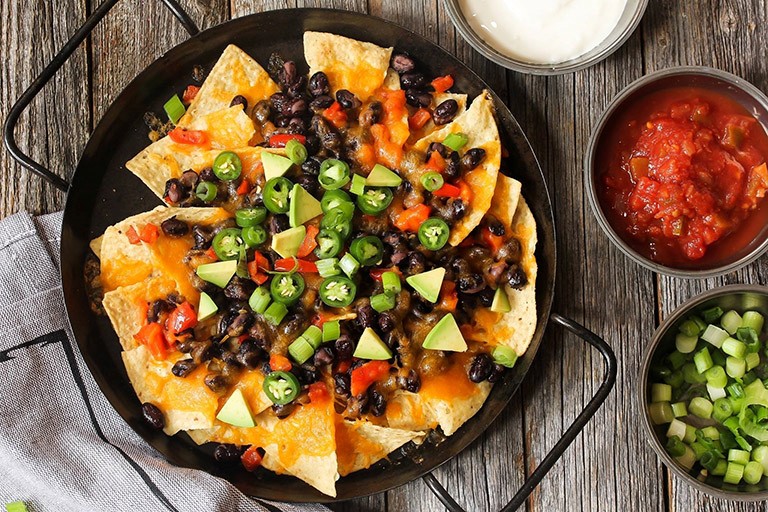 For over a decade, Garden Plaza at Cleveland in Tennessee, has opened its doors to serve good food for a good cause. Garden Plaza started small in its Bistro as a potato bar and became the nacho bar by popular demand. When the event became so widespread, the Bistro was too small, and the nacho bar was moved to the independent dining room. Since moving to the dining room, more organizations and communities are able to come and enjoy.

“People would get mad at us for not having the nacho bar,” said Ken Bolin, executive director. “The kitchen staff and associates do an amazing job welcoming in our guests during these events.”

Every quarter of the year, Garden Plaza hosts the nacho bar. The two biggest fundraisers they raise money for are the Alzheimer’s Association and Cystic Fibrosis Foundation, and they will host for other local non-profits in town, too. The past nacho bars have raised between $1,500 to $2,000. The fire department, police and other organizations are in line at almost every event to get their heaping plate of nachos.

Garden Plaza tries to lead fundraising locally in finding a cure for cystic fibrosis and tries to spread word of the disease. CF is a genetic disorder that affects mostly the lungs but also the pancreas, liver, kidneys and intestines. This disease made a huge impact on one Garden Plaza associate. David Dailey, director of hospitality, didn’t know what the disease was until CF affected his family.

“I didn’t even know what the word was or what it meant,” said David. “I had participated in walks and was involved in fundraisers, and then my grandson, Garrett, was born with it. It has really hit home now having it come to real life in my world.”

Garrett is popular around Garden Plaza. The residents and staff have gotten to know him, and shirts are made to raise money. Garden Plaza raises money for CF and walks at the Great Strides event for him. They call their team “Getting it Gone for Garrett”.

Over the years, CF researchers have made breakthroughs for the disease. There is a new medication that benefits 90% of patients with CF. A new therapy has dramatically improved patient’s lung function and showed clear signs of targeting the genetic root of the disease instead of alleviating symptoms according to the National Institution of Health.

“It’s awesome seeing the money be put to work, and new medications are being found to help improve life with these affected,” said David. “This past year a medication came out, and it not only works for Garrett’s strand but for a widespan of different strands of the disease. It’s one of the greatest breakthroughs for CF, and that is all from the fundraising for CF.”

The next nacho bar event will be held March 6, 2020, and all the proceeds will go to the Cystic Fibrosis Foundation.