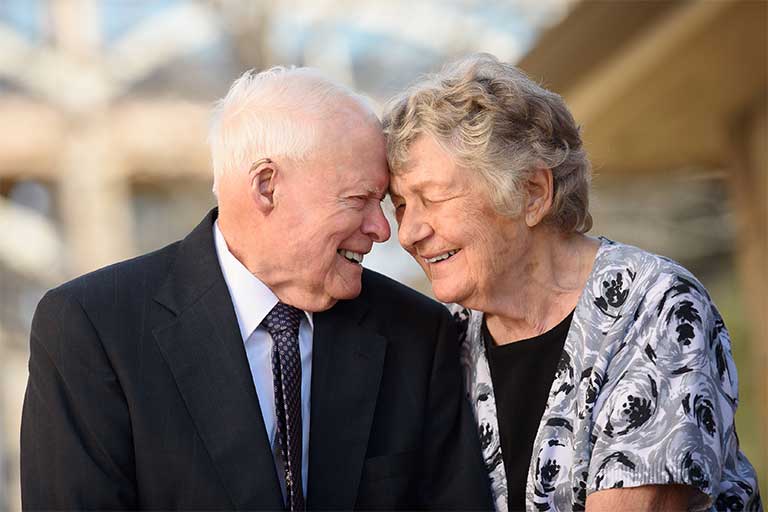 At an amusement park on July 4th, Jim Barnes and a friend were sitting on a bench when he saw a girl named Eleanor walk by in red short shorts. Today, Jim and Eleanor celebrate their 70th wedding anniversary.

They laugh as they recall their first date. "My mother was cooking that evening; I'm a second generation American from Yugoslavia. We sit down to eat and my mother looks to Jim and says 'do you know what you’re eating? Brains.'" Jim says he just continued to eat. Since then, they've been inseparable. 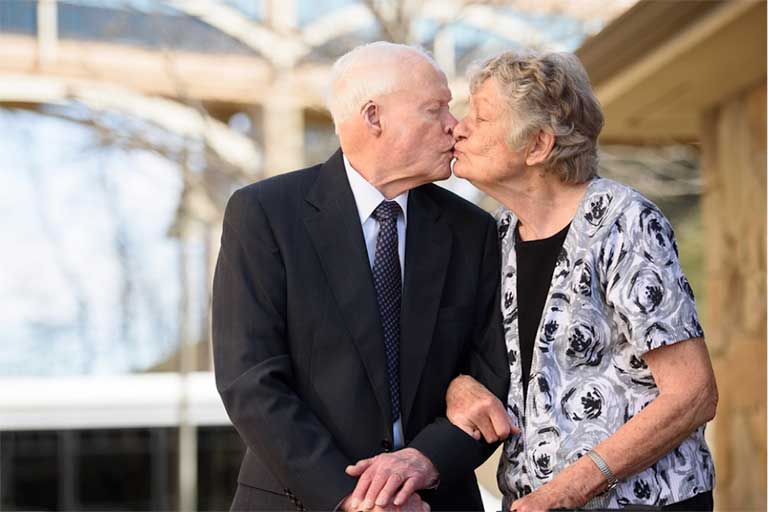 They say that life has been an exciting adventure. They’ve moved from St. Louis to San Diego, then to Oregon and bought a ranch. After that, they went to Texas then to Colorado, from Colorado to Iowa, from Iowa to Missouri, and then they found themselves at the Garden Plaza at Cleveland. They say this is not their last adventure, that they’re most excited for their next cruise. Their favorite places to travel are Australia and New Zealand, but they also love Europe and Hawaii. Their most recent trip was to Ireland.

To add to their adventures, they travel often for family reunions and to visit their children that now live across the country. Family is very important to them; they have five children, twenty-three grandchildren, and ten great grandchildren. They say their absolute favorite date night is playing cards with their kids. 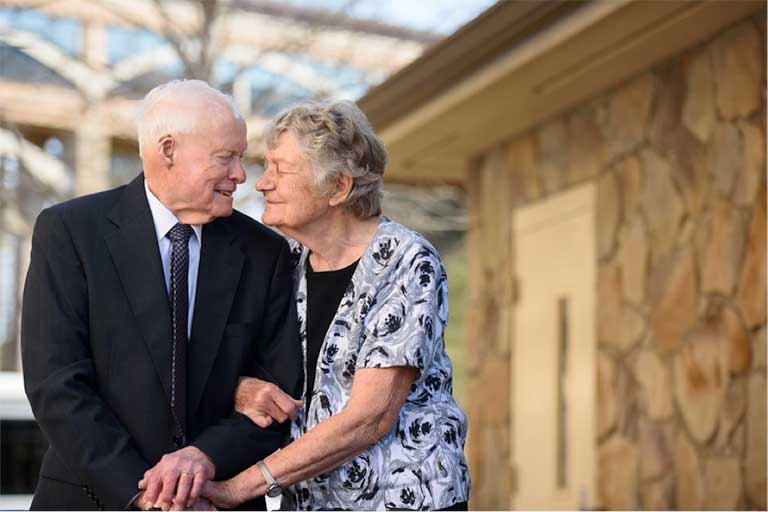 When asked what the key to marriage is, Eleanor says, "I kick him every once in a while." Jim's advice to young couples is to forgive, never hold a grudge, and always kiss at bedtime and in the morning.