The Character of Caregiving 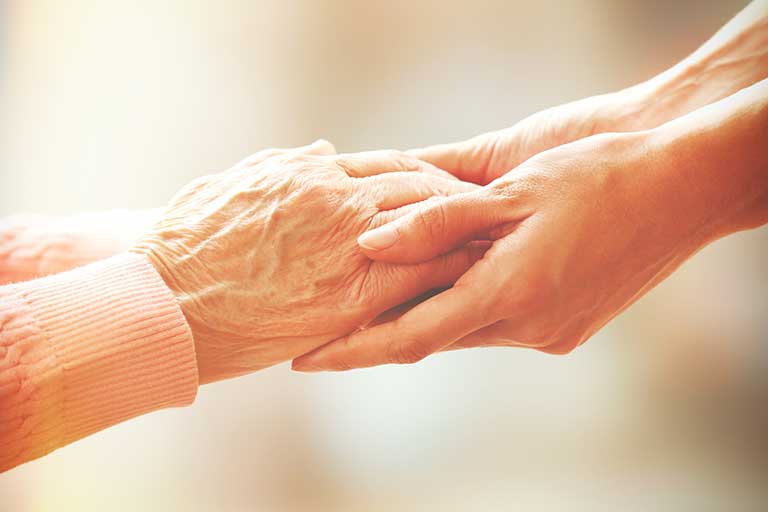 Have you ever felt that what we are experiencing — namely pandemic fatigue — is happening for the very first time in history? And amidst the frustration and the deep, unwavering strain of constant weariness, have you questioned your calling to serve others in the field of health care? I have.

The first known plague in history, commonly called The Antonine Plague, was named after Marcus Aurelius Antonius, a Roman emperor from 161 to 180 A.D. It was estimated that this plague killed anywhere from 5-10 million people. In the sixth century, the bubonic plague killed 25 million people in just a few months, and during the 18th century, smallpox killed about 400,000 people every single year. Then, throughout both the 19th and 20th centuries, measles killed 200 million people each year. And in 1918, the Spanish Flu killed 50 million.

As I read through these accounts in history, I wondered how people navigated these crises and successfully emerged on the other side of these perilous times.

During the Antonine Plague, Emperor Marcus Aurelius realized that there were two kinds of plagues: one that killed the body and another that could kill your character. Marcus discovered that even though he could hire the best physicians in the world to help combat the physical plague, the plague attacking men's character was far more concerning — and much more difficult to combat.

So, Marcus decided to focus his attention on recording encouraging messages and giving "soul" food to his people. He recorded his meditations and offered moral and psychological advice that enabled his leaders to lead through a challenging time with courage and strong character.

"You have power over your mind, not over outside events. Realize this, and you will find strength," Marcus challenged. He reminded his people that although they could not always control the things around them, they could control their thoughts. He encouraged people not to look at life with the attitude of "I am so unfortunate that these things have happened to me," but, rather, to think in terms of "How fortunate I am that these events have happened to me."

Through meditation and prayer, Marcus charged and inspired others to turn their negative experiences into ones that strengthen their character.

Florence Nightingale was born in 1820 to an elite British family. Her parents paid for her to have a classical education and surrounded her with finery on their two luscious estates. It was expected in the Victorian era for Florence to marry a man of similar wealth and breeding, but instead, Florence felt a deep calling to care for the sick and ailing. Defying her parents' wishes, Florence chose to work and improve the unsanitary conditions of hospitals struggling through cholera and typhoid outbreaks. She is frequently known as "The Lady with the Lamp," as well as the pioneer of modern nursing, because even during the night when others were sleeping, she would carry her lamp around and check on her sick patients.

Emperor Marcus Aurelius Antonius and Florence Nightingale are only two of millions of "caregivers" on whose sweat equity we all stand. History will continue to repeat itself, and as the clock chimes, another pandemic or plague will arise.

But the choice will always be ours: We may have to surrender to the plague that attacks our body, but will we surrender to the plague that attacks our character? My hope is that you will stand firm in your calling to seniors, and you will remember that someone paved the way for you. Dig deep, and stand firm in your strength, courage and determination. The caregivers who come after you will be grateful.