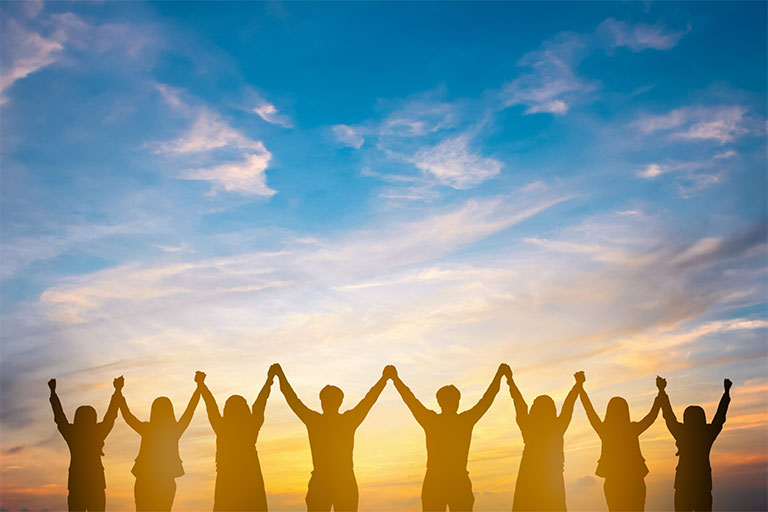 I have heard the terms "ego-need" and "ego-strength" often. And as I grow older, I have tried to understand the difference between a healthy ego and one that can lead to dysfunction in relationships.

The word "ego" is a Greek word for "I," meaning the core sense of self. It's an expression of someone's personhood, albeit one that paradoxically exists in relation to life and others.

Psychologists describe the ego as being developed by the healthy or unhealthy emotional attachments we had as children. When living and working in a community, it's important that we learn self-awareness to ensure a unity within a community. As Socrates famously said, it's important to "know thyself" – and that includes being honest and aware of how our own ego has developed.

People with ego-need waste a lot of energy gossiping, reacting, expressing without regulation, having unrealistic expectations of themselves and others, and desiring to be fulfilled by being needed by others. On the other hand, people with ego-strength take a learning approach to life, so they have no time to gossip. These people know their triggers, and in tense situations, they regulate their emotions as opposed to feeling overwhelmed by them. People with ego-strength do not take everything personally. Instead, they reflect inwardly.

According to Dr. Athena Staik, "The stronger the ego-strength, the more comfortable one feels in taking ownership of their problems and giving ownership to others for theirs."

A great example of ego-strength was recently exhibited by Christine Murillo at The Bridge at Cherry Hill. Christine wrote:

To Whom it May Concern,

I want to thank my Cherry Hill colleagues for their support while I was grieving my brother's death. I want everyone to know that I feel included as a family member here at The Bridge, not just an employee, as I worked with many people in previous employment of 26 years whom I thought were more friends than colleagues, but at times like this some people shine more brightly than others. With that being said, I wanted everyone at Century Park to know how special this community is, as well as the people that work here. I am grateful for them, and I believe everyone should know that some very kind people work here.

Ego-strength shines the light on others, which only serves to strengthen the light within. Ego-strength gives people room to grow, learn, and even fail with grace and mercy given.

Ego-strength is inspiring to see in others and is a goal we should all chase after.