The Fall of Focus and How to Reclaim It 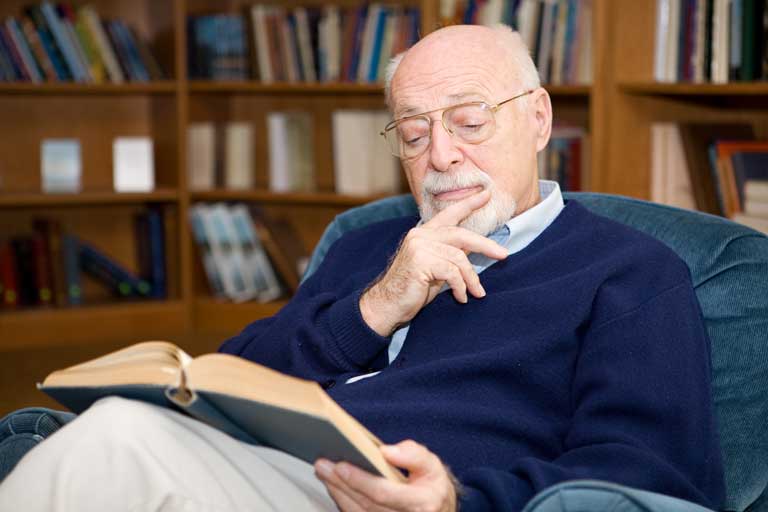 Your alarm clock goes off. You hit the snooze button a few times, then eventually decide it’s time to get out of bed. You instinctively reach for your phone, and within the first 30 seconds of wakefulness your mind is bombarded with information: social media, emails, texts and more. With each notification and each text you receive, your brain soaks up a little happiness – or as science would say, dopamine. The unfortunate side effect of this constant influx of dopamine-producing data is that you need more and more each time, which in turn reduces your attention span and ability to focus.

It’s called the “dopamine loop” by researchers. Dopamine is created in various parts of the brain and plays all sorts of roles from thinking, moving, sleeping, mood, attention, motivation, seeking and reward. Much of what we do online releases dopamine into the brain’s pleasure centers based on the seek-and-reward function. We seek out information, interaction or entertainment, and we are instantly rewarded, resulting in obsessive pleasure-seeking behavior. It’s similar to the effect of certain drugs, and that addiction has led to an official disorder called Internet Addiction Disorder, included in the fifth “Diagnostic and Statistical Manual for Mental Disorders.” Nathalie Nahai, web psychologist, discusses the dopamine loop in her book “Webs of Influence: the Psychology of Online Persuasion”:

“Online, where gratification is instant, unsatisfying and, most crucially, unpredictable, our dopamine systems can run riot, seeking out new information at such a rate that the opioid system doesn’t get a chance to kick in [and allow us to truly enjoy the information]. The very act of seeking [information] becomes a reward in itself, and so before we know it we get caught in the dopamine loop, making it harder and harder to extricate ourselves from our devices. With notifications switched on by default, these auditory, haptic and visual alerts all act as external cues to trigger our reward-seeking behaviors.”

Similar to other drugs, the more the brain is subjected to dopamine, the less pleasurable and stimulating it becomes. We get online, have access to millions upon millions of forms of information and entertainment, and yet we mindlessly scroll through a newsfeed or past articles that don’t catch our interest fast enough. We set our devices down, look around the room, and then instinctively pick it back up because we are bored. Our craving for dopamine via the internet has become so prevalent that many of us can’t even stop at a red light without reaching for our phones. We are addicted to instant gratification, and the internet offers just that: instant gratification and a limitless, diverse, hyper-stimulating buffet of selections.

“The internet, it turns out, incentivizes the exact types of behavior and thought process that characterizes ADHD (Attention Deficit Hyperactivity Disorder),” says Shreya Dalela, Content Marketer for The Coffeelicious and co-founder of Speaking Walls in her article “The Age of Notifications and Attention-Deficits.”

These ADHD-like behaviors have resulted in a decreased average attention span over the years. In a survey of media consumption by Microsoft, the average attention span has fallen to eight seconds as of 2016, down from 12 in the year 2000. And this doesn’t just apply to internet users. The survey itself was based primarily on the effectiveness of advertisements. It was an attempt to figure out how much time a marketer had to get your attention to the product before your mind wandered. Which means, even if you’re not a heavy internet user, your attention span is still lessened because of the way the internet has influenced the production of information in other forms such as TV and radio – marketers are trying their best to get their information and product to you in faster and more appealing ways, thereby subjecting your brain to the dopamine loop indirectly.

But, even without the dopamine-looping behemoth that is the internet, it is actually quite natural for our attention span to decrease over time. Studies from the University of Toronto found that our ability to concentrate may begin to lessen as early as the age of 40, and studies from the University of Illinois and University of California at San Francisco confirmed that as we age we have increased difficulty suppressing distractions, especially after the age of 65.

This shorter attention span permeates multiple avenues of our lives such as work, social gatherings or even our own hobbies. Real life, it seems, is less stimulating than the constant, ever-changing stream of the internet because real life tends to move a lot slower.

If you find yourself struggling with concentration or focus, or if you simply want to be proactive and lessen the chance of decreased attention span, here are a few things you can do to retrain your mind and rebuild your focus:

A study by the University of Michigan found that being around plants helps people concentrate better in the home and workplace. The study shows that tasks performed while under the calming influence of nature are performed better and with greater accuracy, yielding a higher quality result. Moreover, being outside in a natural environment can improve memory performance and attention span by 20 percent. And unlike the internet, gratification from gardening does not come in eight seconds but requires deliberate intent, training our minds to focus on long-term goals, rather than short-term.

Although we are constantly reading information online, like gardening, deep reading teaches us to focus on gratification through long-term goals, like reading a book, rather than short term.

Though the concept originates in ancient Buddhist, Hindu and Chinese traditions, when it comes to experimental psychology, mindfulness is less about spirituality and more about concentration,” explained David Levy, professor at the University of Washington. “It is the ability to quiet your mind, focus your attention on the present and dismiss any distractions that come your way.”

Meditation has been scientifically proven to reduce stress, improve sleep and increase attention and mindfulness. Try and find a guided meditation group in your area, or try using an app such as Headspace, Calm or Stop, Breathe & Think.

Exercise doesn’t just improve your physical fitness; it increases your focus, and something as simple as a short brisk walk will do. A study from the University of Illinois found that physical activity increases cognitive control. Students with ADHD who participated in 20 minutes of moderate exercise were able to pay attention longer and scored better on academic achievement tests, especially in the area of reading comprehension.

Just like your muscles, your brain doesn’t get stronger without consistent resistance training. While meditation helps train your mind to focus and eliminate distractions, research conducted by Lumos Labs suggests that brain games such as Lumosity or Nintendo’s Brain Age can significantly improve your working memory and visual attention. In addition, engaging your mind in challenging endeavors, such as playing chess or learning a musical instrument, breaks up the monotony of routine and flexes that brain muscle!