A House of Wishes 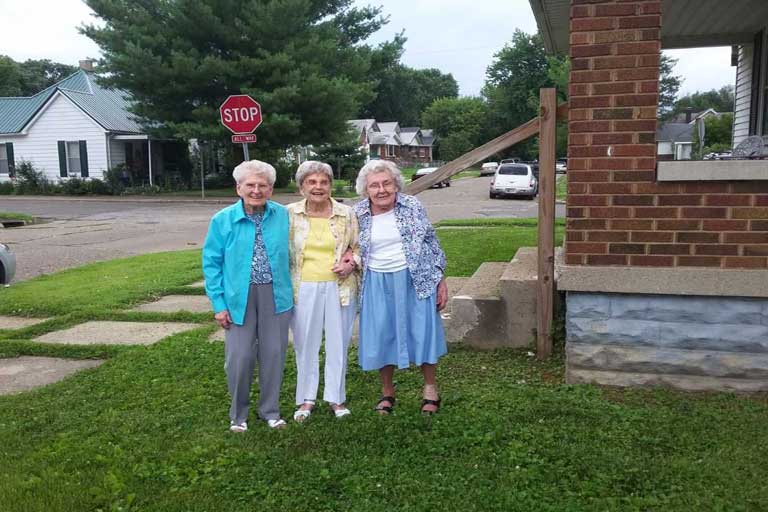 Mina is 93 years old, and her wish was to visit the home in Terre Haute, Indiana, that she was born and raised in. The house was built by her grandfather, and her entire family had lived there, including Mina’s two sisters, Dorothy and Wilma, who were both able to accompany Mina for the wish-fulfilling visit.

“Make A Wish is something I have been doing for 18 years at Westside,” explained Rose Watson, lifestyle services director for Westside Garden Plaza in Indianapolis. “I had been introduced to a businessman here in Indy that just went around asking for things like this to do. I worked with him for a couple of years to do ‘Make A Wish’ for Westside Garden Plaza seniors. After he stopped doing it, I just started doing them on my own!”

In that time, Watson and her team have made a lot of wishes come true for their residents. They have arranged a hot air balloon ride for a resident losing her eyesight, took a veteran to fly a glider plane and worked with FedEx to give a resident who was a pilot in World War II time with one of its pilots in a cockpit of one of its planes. They have taken a resident to ride a donkey, arranged for a resident turning 90 to ride a Harley Davidson and granted many more wishes!

Making these wishes happen isn’t easy. To help Mina return to her childhood family home, she first had to find it! Getting as much information from Mina as she could, she called the Terre Haute Chamber of Commerce and explained what she was trying to do. The Chamber kindly helped Watson learn the current homeowner’s name – Mr. Burns. They also helped her get the exact street address, but she had to use a telephone directory to get the phone number.

“I told Mr. Burns who I was and what I was doing,” recalled Watson. “He first laughed and said, ‘This is a joke right?’ It took a few minutes to convince him it was real. He was very excited.”

The next day, Mina spoke with Mr. Burns on the phone, thanking him.

“I cannot even find the words to tell Mr. Burns how terribly grateful I am for his kindness,” Mina said. “To think he would just let all of us strangers come into that house like we did… Wow! Just no words.”

A date was chosen for the home tour, and the timing worked out perfectly – Mina’s sister Dorothy was visiting from Florida. Mina’s other sister, Wilma, joined them, and they headed to Terre Haute. Mr. Burns was a gracious host and gave them a full tour of his home. The three sisters even posed in the front yard for a photo that mimicked a picture they took in the same spot when they were small children.

“How absolutely marvelous that something like this could happen,” Mina said. “This house brings back such wonderful memories, and we are forever grateful to be given such a beautiful gift of reliving our childhood days. The house had not been changed too much. That would make grandfather very proud!”

“Our Make A Wish program touches my heart,” said Watson. “From the first one we did, it was just such a beautiful opportunity to give our seniors something they could not give themselves. As I stood there that day and listened to those ladies talk about their childhood, listening to them giggle, watching tears steam down their faces, my heart just burst with joy for them! How wonderful it would be if we all could go back to a place for just a moment in time and have a small taste of childhood once again.”

That joyous wonder is why Watson and her team ask residents every day if they would like to Make A Wish.

“I cannot tell you what it meant for me to see our old house,” said Mina, remembering when she was asked to Make A Wish. “I first thought, ‘No, I’m not going to ask.’ Then I thought, ‘What the heck!’ I never thought in a million years this could happen. You made three old ladies very, very happy.” 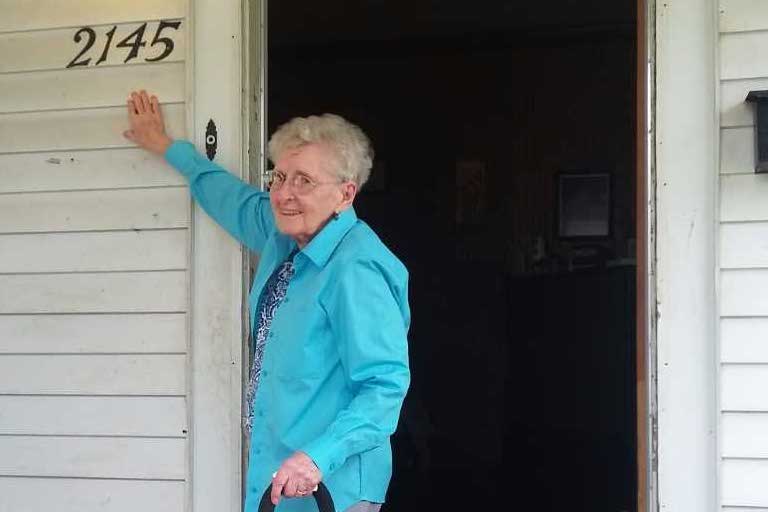