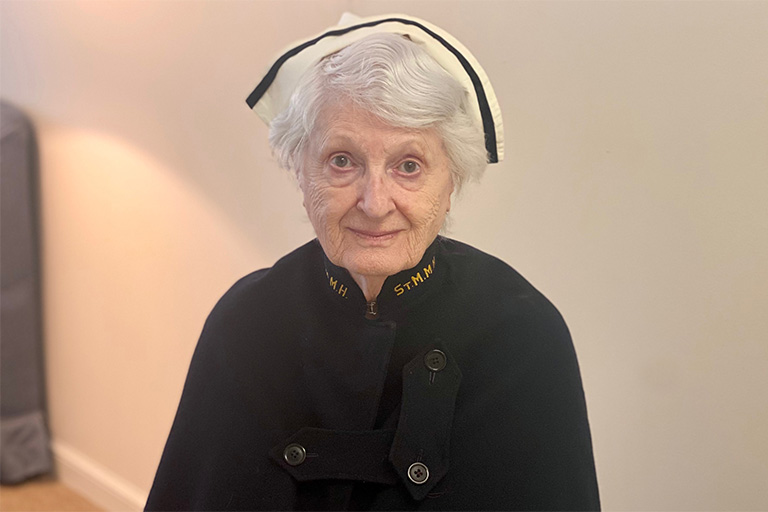 Ms. Nancy Stephens is a current resident of Garden Plaza at Cleveland. She loves collecting Santa Clauses, drinking tea, and looking at pictures of her kids and grandkids. When you take a closer look into her apartment, you will quickly realize she has not lived your average life. You will find photos of her brother in front of bomber planes and her proudly graduating nursing school in 1952. She pulls out a large folder of memories and begins to tell me her story. 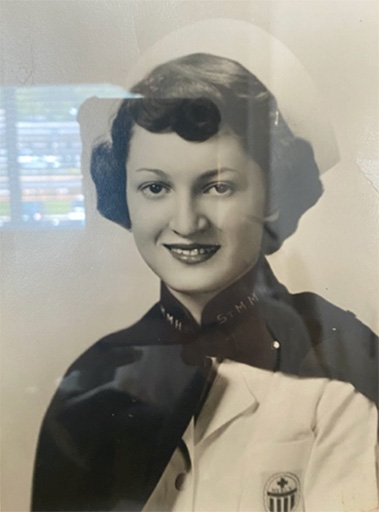 Nancy enrolled in St. Mary's Memorial Hospital School of Nursing in 1949. "Some of it was very fun, but some of it was very tragic" she says. She was inspired to go to nursing school by her sister-in-law, who was a nurse in orthopedic surgery. She and her classmates were taught by nuns and she is full of funny stories, retelling the events of them tricking the Sisters.

"Back in those days we had to sterilize everything, even rubber gloves. You didn't get a fresh pair of gloves each time. You washed and powdered them, packed them up, then put them in the enclave to sterilize them. One day, we were all standing talking to a male intern. Someone yelled ‘Sister's coming', and we threw him into the enclave and closed the door." She smiles, recalling them acting as though everything was normal when the Sister arrived. 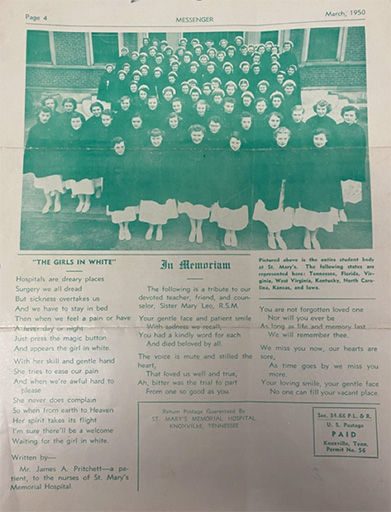 She and the other students lived in an old house that the college had made into a dormitory; it was like having a big sleepover every night. "A lot of things have happened since then but oh my goodness did we have fun!"

"Once someone brought in something for your hair that was supposed to bleach it. Well, someone shook the bottle and set it down. We all left and it exploded, sending glass all over the room! The Sisters were so angry. Wow, we were stupid" she laughs. "One of the nuns loved to decorate. One time she was lighting candles, and her veil caught on fire. All of us students were yelling, ‘Sister stop running! Get on the ground!' and we all grabbed her and brought her to the ground and stomped the fire out." 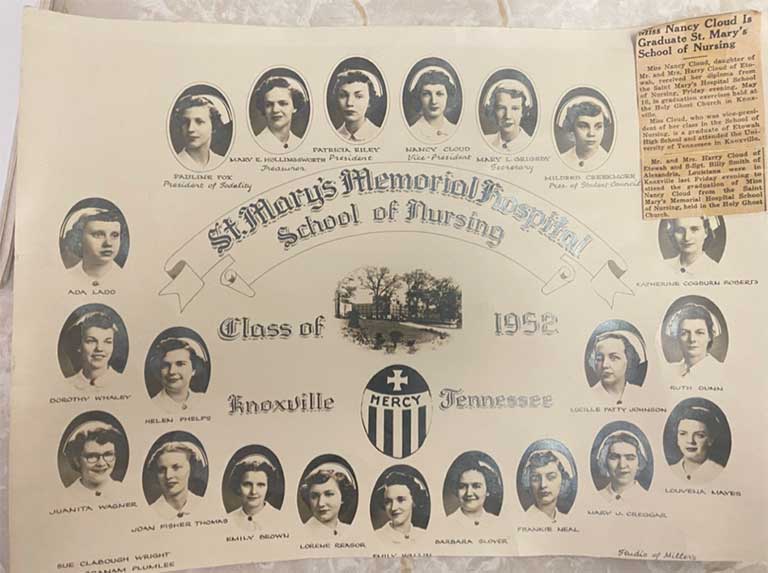 She graduated as Vice President of her class. She was a licensed nurse in Tennessee, Georgia, and Florida. Her favorite part of nursing was surgery; however, she was too short for the operating table so she always stood on a stool. Her most memorable moment was a surgery on the brain. Today, she claims being a nurse is much different. She and her friends say they do not like the new nursing uniforms. She proudly shows off her cape and hat she received upon graduating and shows me pictures of her graduating class. "I have the fondest memories of my time with fellow nurses and students who became my best friends." 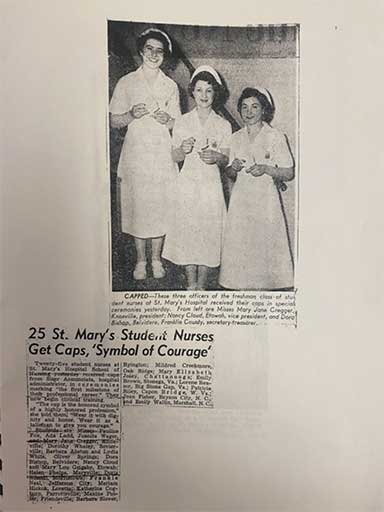 Nancy has been a resident of Garden Plaza at Cleveland for around three years. Her favorite activity is Bingo. We are so lucky to be able to share her story, and we are thankful for all of our residents who have served as nurses in the past. Happy Nurses' Week!