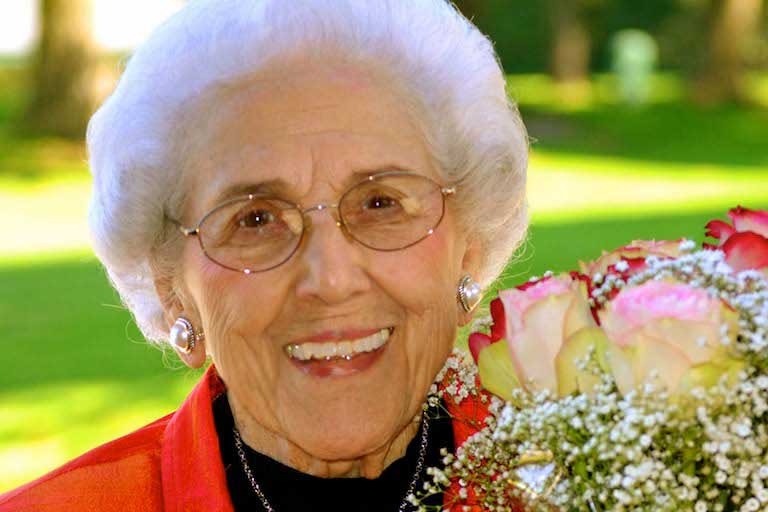 Alma Martin, a 101-year-old resident at Harbor Place at Cottesmore in Gig Harbor, Washington, currently serves as the chaplain of Cottesmore of Life Care, located across the street.

When Martin shares the stories of how she came to be chaplain of Cottesmore, she sees how one open door always led to another.

“You need to know that through all of the doors that were opened in my life, they all had a purpose for the next thing that I was to do,” said Martin. “Every single one of them.”

After Martin’s second husband passed away when she was 85, rather than closing the doors before her, she chose to continue walking through them.

Martin decided to return to school and pursue a degree in religious studies.

“After my husband passed, I had good health,” said Martin. “I still had all of the things that I needed to make it work. So I decided I would look for a seminary that would accept a woman of my age to study to be a chaplain.”

Martin attended Covenant Seminary in Lakewood, Washington. She explains that the seminary was ecstatic to have her come.

“I studied for three years and when I was 89,” said Martin, “I received my master’s degree in religious studies and my chaplaincy certificate. Then I interned for three months at the hospital, and after that I was ready to go.”

Martin’s first place of employment after seminary was a nursing home in Tacoma, Washington. While there, her passion to serve in chaplaincy became evident.

“I was there and actually decided that I wanted to be a chaplain because one of my very dearest friends had just gotten Alzheimer’s disease,” said Martin. “She was so afraid and frightened, and I told her, ‘I’ll come, and I’ll be with you.’ I was there for six years.”

At 99, Martin received an honorary doctorate degree from Covenant Seminary. She considers her educational accomplishments, as well as her role as chaplain, a divine commission by God.

“I’ve been at Cottesmore now for five years, and it is a very important, wonderful thing that God has allowed me to do in the last few years of my life,” said Martin. “The residents are very courageous people.”

She visits the facility twice a week, Tuesday and Friday mornings. Before each visit, she has learned to call upon God to not only give her strength, but spiritual and physical direction.

“I have found that I couldn’t do it without God, the Holy Spirit walking with me as I go down the elevator and walk across the street,” said Martin. “I ask the Holy Spirit to be with me as I walk those halls but also to send me to the person who needs me at that particular time.”

Through serving in ministry, Martin has become aware of the world’s deep need for a spiritual uplift. Collectively, her experiences have taught her that every servant in the army of God is called to help bring this uplift.

“I feel that it is our responsibility, every human being, as a spirit-filled person, because we are created in the image of God and we have been given the attributes,” said Martin. “We have been commissioned by God to be here and to help each other.”

Martin’s faith in God has always run deep. She was born in 1916 with a crippled back, but rather than being pushed aside on account of her disability, her family taught her how to love and how to love well.

“I couldn’t keep up with them,” said Martin. “But they had this love for me. So I let them love me, and I loved them back. Because of my disability, I learned to spend a lot of time asking, ‘Help me, Jesus, help me, Jesus.’ So with Jesus helping me and my family helping me, I’m afraid I got a little bit spoiled.”

With this spoiled love and deep faith in God, Martin patiently trusted that God could use her amidst her physical weakness. At the age of 21, Martin’s father asked if she would like to attend business college and come to work for his corporation, Marush Seafood Enterprise. So, she became her father’s corporation manager and accountant. Here, she discovered there were a lot of things that she could do. She says that at 21 her mind “finally developed,” meaning she truly realized she was capable of having purpose.

Working this position at Marush lasted four years until Martin’s father sold the company. The experiences from this job opened up the next door she would walk through; she was asked to work for Mary Bridge’s Children Hospital as a comptroller managing the organization’s financial activities.

After working at the hospital for only a few months, Martin was asked to work for a school district as its director of financial services. She believes it never would have sought out her services without the other experiences behind her. Pieces of God’s plan were starting to come together.

After 20 years of working for the school district, Martin found another door that led her across the world.

“My first husband died in 1973, and I married another man in 1976,” said Martin. “Our marriage was the door that led me to Calcutta, India.”

Martin and her husband were asked by their pastor to be on the founding board of a mission called the Calcutta Mission of Mercy, which was an organization that raised money to build a hospital in Calcutta.

“That first time I went was an experience that changed my life,” said Martin. “By this time, I was 62 years old. I saw the terrible, unbelievable life those people led. That was really the defining time when I realized there were so many people who needed help, and that was where I wanted to be. So you see how God just continued to weave everything together.”

In Calcutta, Martin had the opportunity to meet Mother Theresa, who used the hospital to bring the ill or dying she was helping.

“She was a wonderful, gentle and sweet woman,” said Martin. “When she met me, she was just so gracious and loving to me. She lived her life just to help. That’s who she was.”

Working with the Calcutta Mission of Mercy taught Martin many valuable things, but one lesson in particular stands out.

“You won’t come back from this place the same,” said Martin. “You can’t.”

Martin learned to let Calcutta change her, change her purpose. She committed the rest of her life to helping others.

After Martin’s first trip to Calcutta, her pastor asked her and her husband if they would plan a church trip to the Holy Land. They agreed and planned the trip with the assistance of a dear friend and his travel agency.

After many years of the couple traveling with this agency, the owner eventually sold the agency to them. Through owning this business, they were able to sail across many seas and see the world.

Her second husband passed in 2000.

Along Martin’s journey, she constantly found herself blessed with relationships. God never ceased to surround her with wonderful friends and family to live with and learn from.

In 2005, God decided to give Martin another companion to walk with her. She grew close to a dear friend of 30 years, and they married.

“I told him we were going to have to get married right away because I’m not marrying when I’m 90,” said Martin. “So on Tuesday, we married. I was 89. My 90th birthday was on Saturday.”

After just a few months of marriage, Martin’s husband had a devastating stroke. Looking back, she sees how their marriage was commissioned by God because his stroke brought them to live at Cottesmore.

After being in and out of Cottesmore and the local hospital for two months, Martin’s husband passed away.

Though their marriage was short, God had a plan.

“So God brought me here to this beautiful place and allowed me, after Dallas died, to go to work as the chaplain,” said Martin. “Isn’t that amazing? So that’s the way my life took me. One thing led to another.”

Throughout many doors, Martin knows that the journey would not have been as joyful without her family and daughter, Nora.

“I am the mother of one daughter, Nora.” said Martin. “She is an amazing woman who does much to help others. She is my pride and joy! She, her husband, Gordon and their children provide the loving family and support that means so much to me.”

Martin continues her position as chaplain at Cottesmore because it keeps her faith growing and her feet moving, but most of all, it keeps her helping others.

“Being a chaplain at 101 gives me something to live for,” said Martin. “Something that makes my life important. It gets me out of bed in the morning. It gets me dressed. It gets me across that road.”

It’s a long story how Martin ended up at Cottesmore, but it’s one that she loves to tell.

She is currently writing her autobiography with the hope of assuring others that God’s plan, each door he takes them through, is always perfect. 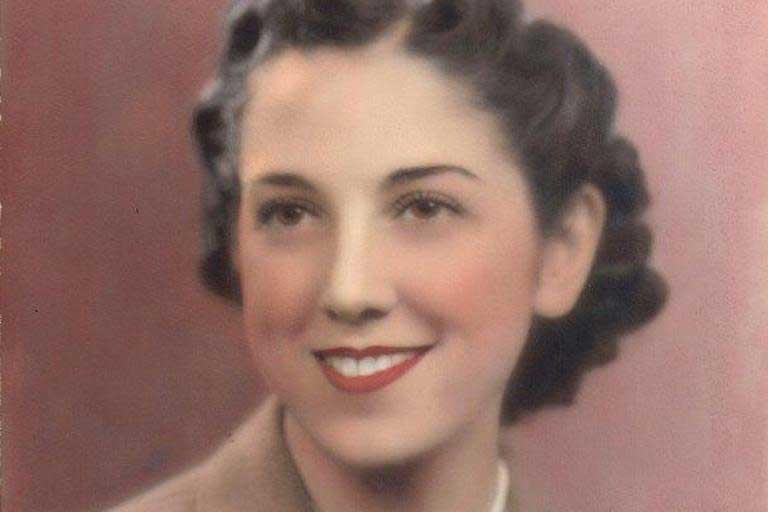 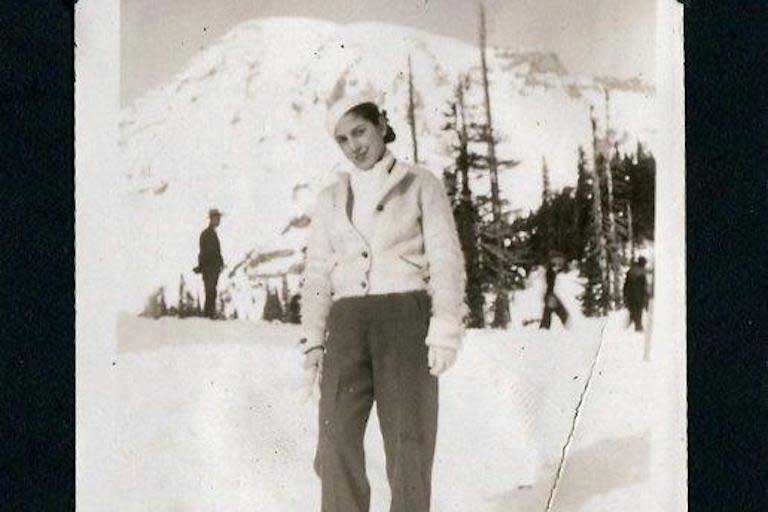 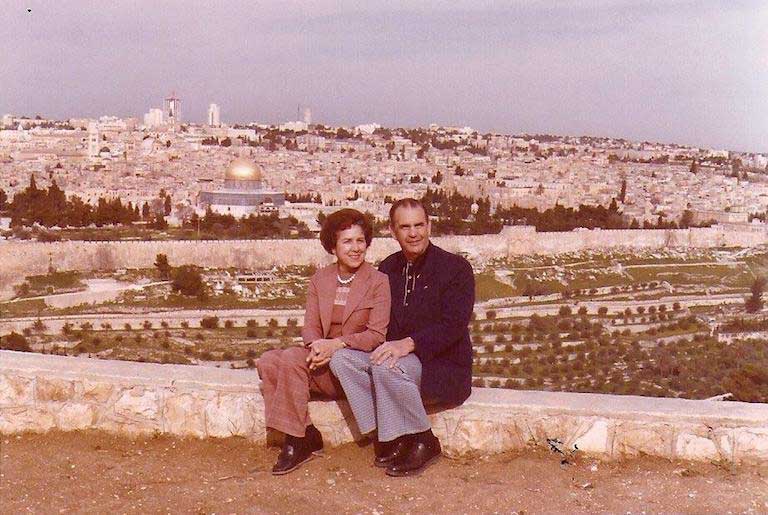 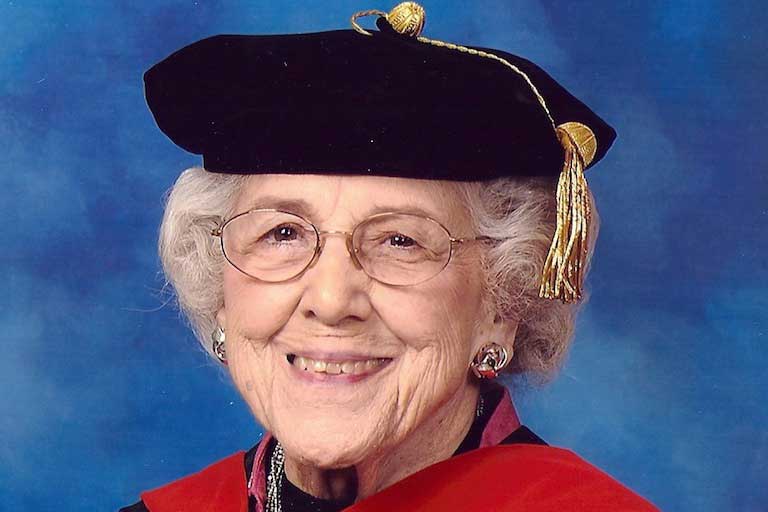