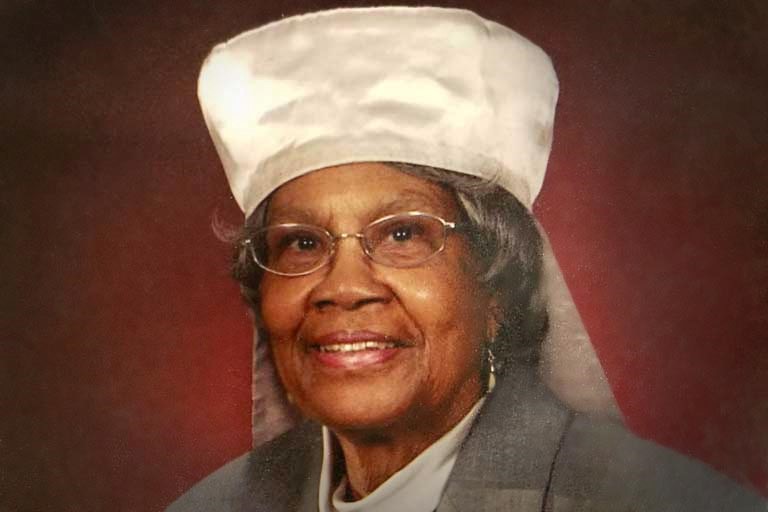 “And so many people, the younger generation, know not the opportunity. They don’t have the comparison. And by me being 92 years young, I can express to them that the elderly people, we’re the pioneers.” - Rosa Lee Floyd

It was Sept. 15, 1963. 37-year-old Rosa Lee Floyd was sitting in the sanctuary of her church, located just minutes away from 16th Street Baptist Church, in Birmingham, Alabama. The predominantly black congregation at 16th Street was unaware that 15 sticks of dynamite on a delayed timer had been placed under the steps of the church by four members of the Ku Klux Klan.

At 10:22 a.m., the explosion occurred, killing four young girls who were changing into their choir robes before Rev. John Cross Jr.’s sermon entitled “A Love That Forgives.”

Panic ensued as community members, including Rosa Lee, rushed to the church to help and dig through the rubble in search of loved ones and friends. Rosa Lee remembers it vividly.

Only a few years before, Rosa Lee sat next to Rosa Parks, taking communion together as the community of Civil Rights activists encouraged one another in their efforts to end ongoing racial injustices and divides across the country, but specifically in the Deep South.

Born in Birmingham, Alabama, on Oct. 26, 1925, Rosa Lee grew up witnessing the devastating effects of prejudice in the South. The daughter of a minister, Rosa Lee was encouraged by her father to love others, no matter their skin color. She used her experiences and his advice as fuel to help those less fortunate. She became a full-time missionary for the African Methodist Episcopal Church and traveled around the U.S. and to multiple countries in Africa spreading the Gospel. Today, she proudly wears her garb from trips to Africa and her AME sash representing her service of more than 25 years with the missionary group. It signifies she is a lifetime member of the organization.

Rosa Lee married a Marine, and the couple had five children – four boys and one girl. Rosa Lee instilled a heart of service in her children who went on to continue her work of helping the less fortunate.

When the Civil Rights Movement honed in on Birmingham in 1963, Rosa Lee and her family zealously supported Dr. Martin Luther King Jr. in peaceful protests, including coordinated marches and sit-ins. Rosa Lee walked with Dr. King on April 12, the day he was arrested for not adhering to Circuit Judge W.A. Jenkins’ injunction against the movement’s demonstrations.

From inside the walls of his cell, King was met with the beautiful and determined voices of marchers, including Rosa Lee, outside the jail passionately singing “We Shall Overcome.” It was from within these same walls that King wrote his infamous “Letter from Birmingham Jail” as his defense to criticisms of peaceful protests to racism.

Today, Rosa Lee resides at Garden Plaza of Aurora, Colorado, where she feels grateful to be able to share her stories, especially during Black History Month. She is the only one left of her immediate family as they have all “gone on waiting on glory,” and she believes it’s her responsibility to bear witness to what life was like before and during the Civil Rights Movement.

Rosa Lee says it’s her desire to share with today’s youth and “to show them that their parents’ and past generations’ hatred was not their fault,” she says. “They can overcome and rewrite their family history just by opening their hearts to all people no matter their skin color or ethnicity. We all bleed the same. God sent Jesus to pay the price of our sins.”

Because of Rosa Lee Floyd, and those that bravely worked alongside her, change began. President Lyndon B. Johnson signed the Civil Rights Act of 1964 to prevent employment discrimination. In 1965, he signed the Voting Rights Act of 1965 to make voting more accessible for all citizens. Then, in 1968, Johnson also signed the Fair Housing Act, providing equal opportunity housing regardless of race, religion or national origin.

Through it all, Rosa Lee held onto her love for others despite the hatred she witnessed.

“Hate gets you nowhere,” she says. “There is still hatred, but we as African Americans helped build America to what it is today; we can’t deny history. But we can accept our past and let go of the color of skin. Change begins with ourselves. When we clean up our own hearts, we can see the love that God wants us to see.”

Century Park Associates offers the utmost gratitude to Rosa Lee for her past and present efforts in unifying our country and the story she is willing to tell.

Special thanks to Naomi Gibson, Lifestyle Services Coordinator at Garden Plaza of Aurora, for interviewing and recording Rosa Lee.