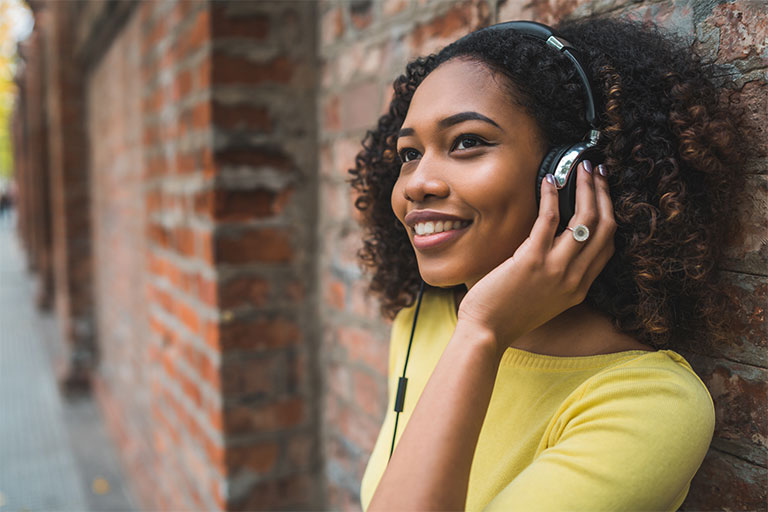 Have you ever found yourself overthinking something you have said? Have you ever rehearsed repeatedly words that have been spoken over you? I have. Sometimes, negative words act as a soundtrack in your mind, reminding you of your mistakes or failures, and ultimately leaving you feeling unworthy.

The adage, "Sticks and stones may break my bones, but words can never hurt me" is simply not true. A broken bone will heal, and you will recover. But negative words have a way of staying with you. They linger in your head. If you let them, they can paralyze you and kill your spirit. Negative words are so powerful that they can even emotionally age you and mentally drain you.

Olympic swimming champion Michael Phelps has a pre-race playlist to ensure he is in the right frame of mind when he competes. Many successful people take similar steps to actively fill their minds with kind and positive thoughts because positive thoughts influence positive action.

Recently, I have been listening to "Soundtracks" by Jon Acuff. Acuff states that whenever you find yourself overthinking poor soundtracks in your mind, ask yourself three questions:

1. Is it true? Get a second opinion from an expert if you need to. Don't just believe every negative thing people say about you because any diagnosis given deserves a second opinion.

2. Is it helpful? Will my continued thoughts about it eventually lead to a necessary decision or positive action?

3. Is it kind? In a world where there are so many inappropriate words being spoken, make sure the soundtrack you are listening to is kind to you – and to others.

Every text my father ever sent me began with, "Es, my precious, intelligent, gorgeous daughter, the apple of my eye..."

What a beautiful soundtrack my father gifted me. Now, more than ever, I miss his beautiful daily words of affirmation in my life.

Let's choose every day to be careful about the soundtracks we listen to and to carefully curate the ones we create for others. The next time you encounter a friend, co-worker, or resident, think about the "soundtrack" you're presenting and how it might affect them. Being conscious of how we project ourselves to others can really make a positive difference – both in their lives and in our own.