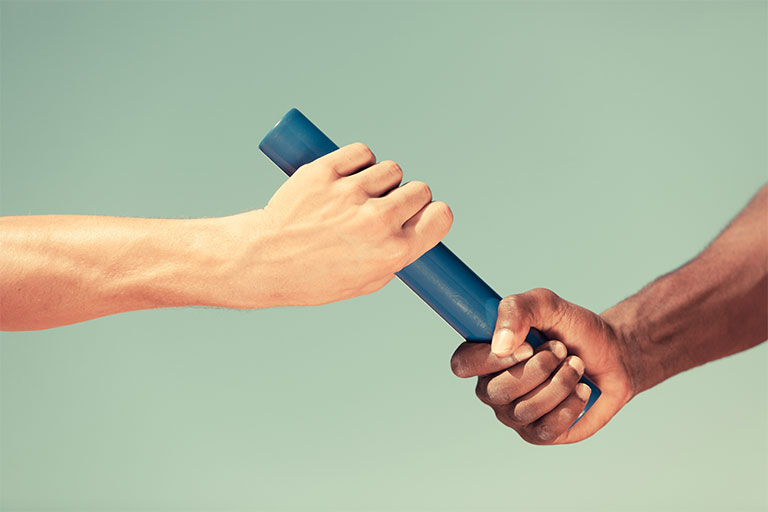 Dr. Carl Henry said, "Success without a successor is failure."

One of the greatest stories of leadership in the Bible is the story of Moses. Moses was not a perfect man. In fact, he was quick-tempered, and, in his rage, he killed a man. He was not an articulate orator; he was plagued with a speech impediment. Yet it was the courage of Moses that led the people of Israel out of bondage from Pharoah. It was the unwavering faith of Moses that led them across the Red Sea. He had the "ego strength" and fortitude for this and many subsequent daunting tasks, but most importantly, he trained a young leader named Joshua to finish the job he himself would be unable to complete.

According to Dr. Tim Elmore, "When key leaders fail to develop other leaders, and instead maintain control themselves – the organization tends to look more like a leadership cult than a leadership culture. Everyone looks to the leader for answers: for vision, for encouragement and for resources. It's all about the leader. They become a 'Moses' for the team. What folks fail to realize is that Moses' greatest achievement might have been the years he invested mentoring young Joshua."

Whether we are raising a family or leading a team, the principle of preparing others to go before us and perhaps surpass us remains part of building a legacy. Most times it is our own "ego need" that stands in the way, that is, our need to be lauded, applauded, and revered by others. I often ask myself, "Do I want to be the one my children come to for answers, or would I rather they figure it out themselves using some of the principles my husband and I taught them?"

My father, who mentored ministers across the world, likened his life's journey to a relay race. "Right now, I am strong," he would say, "so I must make time to teach and train, so that when I am weak, and my feet are weary, others can take the baton and run farther."

He taught me that leaving a legacy is not always uplifting, but it is providing perspective on strengths and weaknesses. As my father would say, "Sometimes it's just knocking some sense into them!"

My brothers at times would try to imitate him, and he would correct them by saying, "You are not me; you are you. I trust you to do it your way, and if you fail, it's OK."

What about us? Are we training followers, or are we training leaders? It will be the difference between building a cult and a great culture.