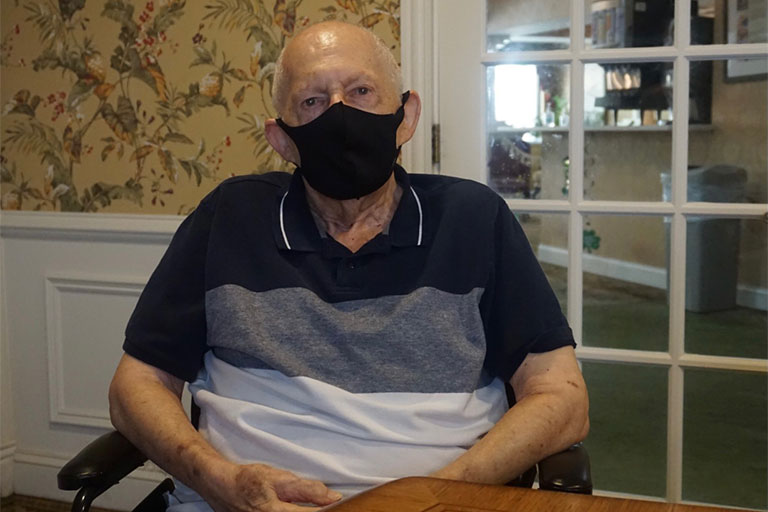 Passover, or Pesach in Hebrew, begins today, and we at Century Park Associates would like to recognize the holiday by sharing the story of one of our unique residents, Marvin Rosenberg. Marvin has been a resident of the Bridge at Inverrary for the past three years. Originally from Brooklyn, New York, Marvin is a Jewish World War II Veteran, and this is his story.

Marvin has two children, a daughter and a son, as well as many nieces and nephews with whom he likes to celebrate Passover. He laughs, saying they don't cook anymore, but his favorite memories are of having full Seders with the whole family. These would include symbolic foods such as matzah (a cracker-like unleavened bread), a roasted shank bone, an egg, bitter herbs, haroset, karpas (greens), and salt water. Each item represents a vital part of the Passover story. Passover is about celebrating freedom from the Egyptians, so to Marvin Passover is a great celebration of freedom. "We were slaves unto Egypt, and now we are a free people. That is important, especially in today’s world."

His Jewish heritage has always been important to him, stating he knew the danger he was in while fighting the Nazis. "I was a medic, so according to the Geneva convention, I was not allowed to have a gun; however, I also knew that I was Jewish. For that reason, I always had a gun on me in secret in case I was taken by the Nazis." His role in World War II is one reason why Passover is so important to him.

Today, Marvin loves to read and join in on the activities at The Bridge. "This place is my home; I love my apartment, I have a great view, and I wouldn't want to be anywhere else." We are honored to be able to share Marvin’s story, and we wish you all a happy Passover!