David Aichele - Looking To The Sky 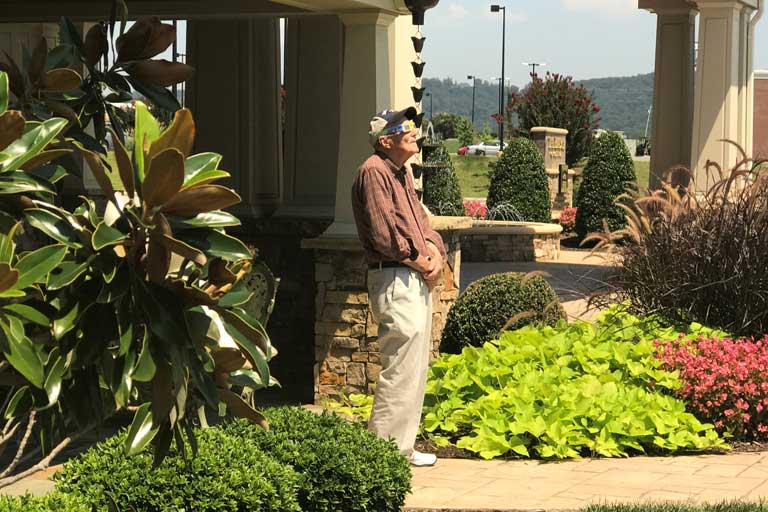 As a child growing up in Kansas City, Missouri, David Aichele would lie in his backyard on the nights when it was too hot to be in the house and look up at the stars with wonder. Little did he know that one day he would help build the Hubble Space Telescope.

David grew up in Kansas City with his parents and his younger brother. His mother was a kindergarten teacher, and his father worked for Montgomery Ward, a mail order and department store retailer.

“During the Great Depression, my mother was always happy to say that he never missed a day of work and never lost a job,” said David. “She was very proud of my father who had very little schooling.”

When David started kindergarten, his mother was his teacher. She never had to send a child to the principal’s office because of her ability to keep them in line herself.

“My first year in school, my mother kept my first report card that said, ‘David Aichele is doing well. He has learned to put on his boots by himself,’” said David. “I think that was funny.”

Some of his favorite memories from his childhood were of the days that he would spend with his grandmother while his parents were away.

“She would play with me on the ground, and we’d play like we were riding on horses,” said David of his grandmother. “She meant a lot to me.”

When he went to high school, David worked as a packager for Montgomery Ward. It was in high school that he met Doris Brownley, who he would marry shortly after graduating. He went to The University of Denver to study mathematics and graduated in his early 20s.

After graduation, he was drafted into World War II and sent to California to help put rockets on ships. After the war, he needed a job.

“NASA was looking for someone who knew about rockets and the Germans, and I said ‘I think I know about those things,’” said David.

David was a mathematician for NASA with more than 130 people working for him. He was responsible for overseeing the evening work when the contractors and civil service workers were putting together the Hubble Space Telescope, which launched on April 24, 1990, after almost 30 years of planning.

During his time there, he couldn’t talk about his work to his parents, his wife, or his two adopted children, Glenn and Cathy, because most of his projects were classified.

“My mother didn’t think I had done anything until she came to see the Hubble and got to see what we had been doing,” said David. “Then she realized that I hadn’t been a failure. I think my mother and father were proud that their son had done some things.”

During his time at NASA, David helped pave the way for what technology is capable of today.

“We put people in space before anybody else,” said David. “I was a part of the build-up that said [technology] really works. I was fortunate enough to be a part of that.”

David’s love of the sky began when he was a child lying in his backyard, looking at the stars. Even after retiring from NASA, the sky was not finished amazing him. On Aug. 21, 2017, David was in a prime spot at The Bridge at Ooltewah, Tennessee, to experience seeing a total solar eclipse for the first time in his life.

“I realized how small we are,” said David of the eclipse. “We are such a small piece in a very large world.”