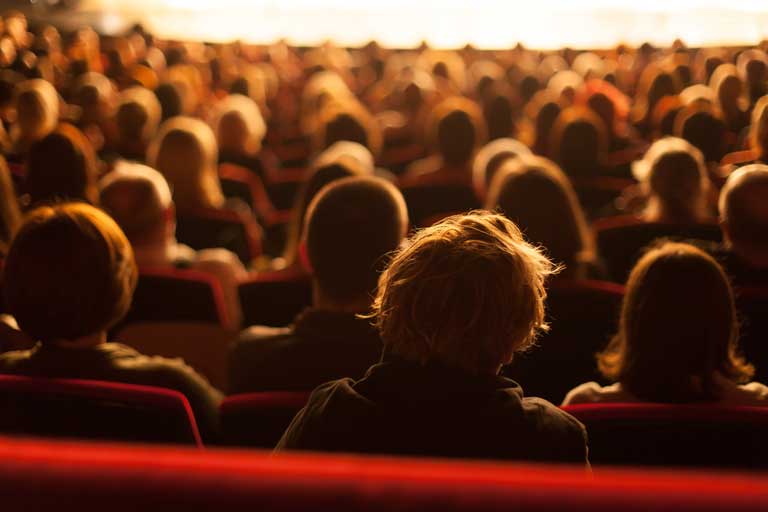 The movie-watching experience has changed quite a bit since our residents were kids. We wanted to hear about their first experience in a movie theater and what they watched. Here are their stories:

What was the first movie you saw in a theater, and what was the experience like?

In 1933 I took a little friend in my class (4th grade) named Virginia Anderson to see “Alice in Wonderland.” I heard a quote which I’ve often used when Alice said, “I never, never shall forget how awful this experience was.” Her friend told her, “you will if you don’t write it down.” I have often used this with acquaintances. George R., The Bridge at Post Falls

“Them” – James Arness – a newsreel played before the movie. Margaret S., The Bridge at Ocala

The first movie I watched was “The Wizard of Oz.” It was terrifying. I got scared of the tornadoes, witch and flying monkeys. Stephen H., The Bridge at Paradise Valley

“Flying Down to Rio” – very entertained. I loved musicals; they opened up a new life for me. Bette H., The Bridge at Ooltewah

Went to see “Tarzan.” Around 1934 we had two theaters in Inverness, Florida. Before the show there were always two comedians on stage, and they would stop the film to do drawings where you could win prizes. I remember the tape breaking a lot during the movie. Maurice H., The Bridge at Ocala

“Frankenstein” – Went to a late matinee on a Saturday and had to go home past a couple of dark alleys, so we ran past them as fast as we could move so the monster we’d seen in the movie wouldn’t get us if he was lurking in the dark – very scary! Marilyn W., The Bridge at Post Falls

A Tom Mix silent movie in a theater on Ocoee Street. It was something back then if you had a nickel to go to the movies. Norman B., Garden Plaza at Cleveland

I watched “The Great Rider” with Tom Mix. The movie was free only because I sneaked in. Catherine L., The Bridge at Paradise Valley

“Rin Tin Tin” – I was 7 or 8 years old and went with my two brothers. We were amazed we could go because we did not have much money. We paid 15 cents per person. Clarence R., The Bridge at Ocala

I went with my sister to watch “Gone with the Wind.” I loved it. It still is one of my favorite movies of all time. Jean D., The Bridge at Paradise Valley