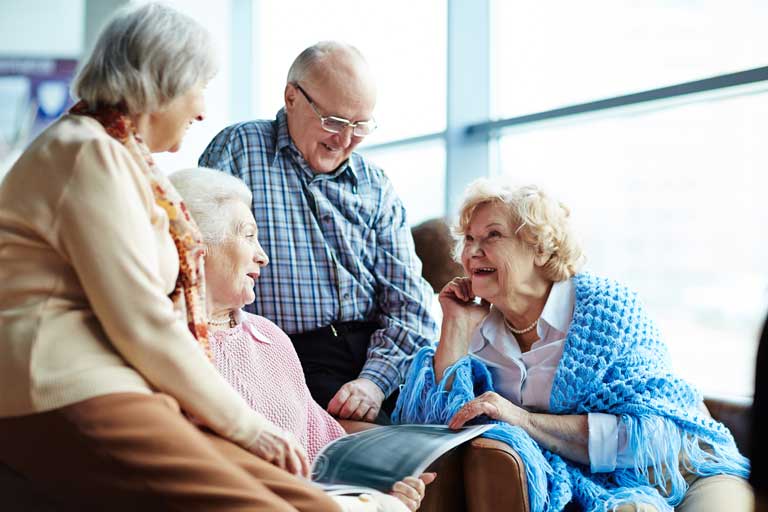 Whether they're sentimental or funny, strange or fitting, nicknames have a history. Our residents weighed in on how they received theirs.

What is a nickname you've had, and how did you get it?

What is a nickname you’ve had, and how did you get it?

I met a guy in the movies one night. I was holding an empty seat for my mom, and he said “I’ll sit here until she comes.” He never did leave. He sat there the whole movie and talked my head off – I didn’t even see the movie. I lied to him about my name. I didn’t want him to know it. I thought we would never meet up again, and I didn’t want him to find me. He came over one day, and my mom told him I had lied about my name. To this day, they still call me Hazel. When he got back, he wrote his family saying he met this girl named Hazel. He was a service man – married for 35 years. I knew from day one he was going to be mine! He had beautiful sparkling eyes. They got to me. He was always a gentleman.
Irene Afflerback, The Bridge at Post Falls, Idaho

My nickname was Darlin’ Darlene because I always had lots of boyfriends.
Darlene Morgan, The Bridge at Longmont, Colorado

When I was born my grandfather looked at me and said, “She is a sweet cookie.” I’ve been called Cookie ever since. All through school my friends called me Cookie. I’ve found it’s a great name at the Inn because it’s short.
Dorothea Trulsson, The Inn at Garden Plaza in Colorado Springs, Colorado

I was a manager for the football team. The coach started calling me “Fontana.” Everybody else picked up on it and called me that, too.
William Fabiani, The Bridge at Ooltewah, Tennessee

My father gave me the nickname “Fly” because when he would send me to the store, I was so fast getting there and back he said that I must have flown.
Ina Kagel, Garden Plaza at Cleveland, Tennessee

“Clumsy Claude” – This was first my father’s nickname, and when I was little and started to walk I fell so much my dad’s friends gave me the nickname “Clumsy Claude 2.” This stayed with me until my school days.
Dezorine Richards, The Bridge at Hickory Woods in Antioch, Tennessee

“Larraina” meaning queen – Not sure why people call me that. I always try to be presentable, including lipstick and makeup every day.
Sherry Bookbinder, The Bridge at Ocala, Florida

My nickname was Sis because I had four brothers.
Mamie Street, The Bridge at Longmont, Colorado

I never liked my middle name, so when people asked what it was I would say I didn’t have one. The boys found out and started calling me Sadie – even though I hated it.
Dorothy Sales, The Bridge at Post Falls, Idaho